Thank you to Laurence Rivard, head of animation and education at the Ursuline Museum, for the site visit, with a wealth of information on the history of these women who would continue the mission of teachers and caregivers here in Trois-Rivières.

The rue des Ursulines, former section of Notre-Dame Street, was named after the 250th anniversary of the Ursulines in 1947. Located on this street, the Ursulines Museum is a calm place, like the religious community it houses. Some of the guides, also dealing with visitor reception, were even students at the Marie-de-l'Incarnation College, a school located in the same facilities as the museum. If you are more adventurous, it is also possible to visit the showroom without a guide. All that we can find there is well explained through the various photos, audio and video clips containing testimonies of the sisters, as well as the thousands of objects that relate to not only a large part of the history of the community, but also the evolution of the city of Trois-Rivières and the region. 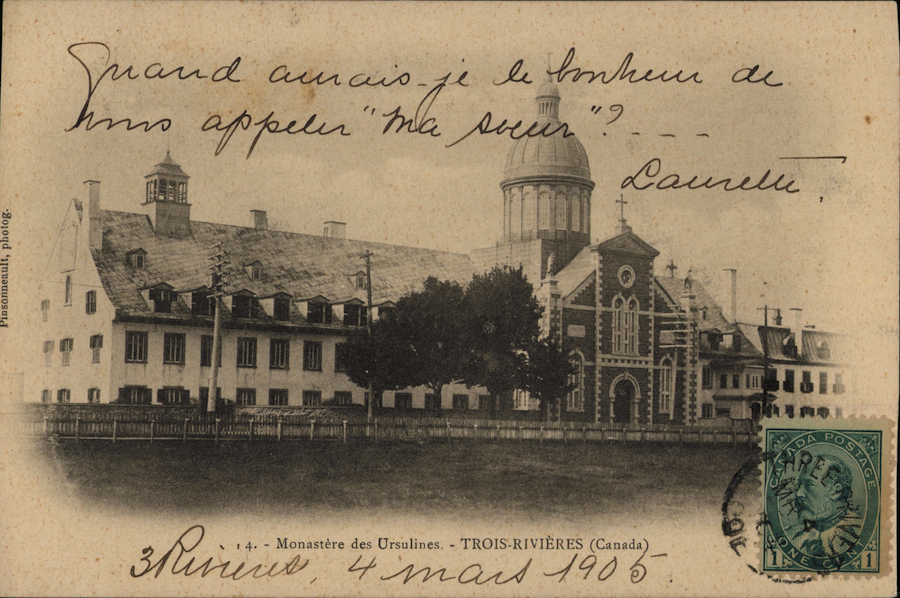 In Trois-Rivières, towards the end of the seventeenth century, the city had 32 families, which required hospital services and a school for girls. In 1697, five Ursulines from Québec moved to Trois-Rivières to meet the needs of these families. Initially, the Ursulines taught Native Americans. Three years after their arrival, they moved their cloister, their school, and their hospital to meet the different needs of the population. Although there were up to 300 nuns at the time, only 60 nuns now live there.

The Collège Marie-de-l'Incarnation, which is part of the Ursulines heritage site of Trois-Rivières, has been for the majority of its existence, a school reserved for girls. It's only since 2010 that the college has become mixed, thus accepting boys as well. It is attended by more than 700 students from the primary and high school levels. Small anecdote on this staircase, nicknamed the staircase of the reconciliation: during a bickering between two students, everyone had to borrow his side of stairs and at the top, they had to kiss on the cheek as a pardon. 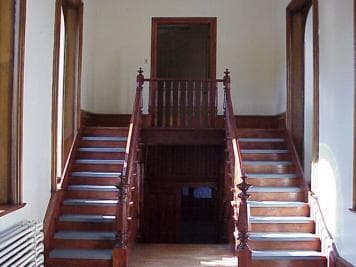 From the beginning of the 1700s, the Hôtel-Dieu Hospital named "the Hospital of the Poor" was operated by the hospital sisters caring for sick people who could not afford a doctor at home. The nuns thus agreed to establish a hospital of six beds and to provide for the care of the "most needy" patients. The Ursuline hospital lasted more than 188 years before having to close its doors in 1886 due to lack of resources. It should be noted that it was the first and only public hospital in Trois-Rivières until it closed.

In addition to a hospital, the Ursulines, in 1807, began to care for people with mental health problems. A building called "box of fools" is then built in 1808 to better care for the ill. The building adjacent to the monastery has a total of six boxes with screened windows and double doors with locks. Almost forty years later, in 1845, the Ursulines will no longer take care of these types of patients and they would be directly relocated to Beauport in an asylum.

The visit of the chapel, for my part, was a blow of heart: its majestic dome is the very symbol of old Trois-Rivières. The chapel was built between 1713 and 1715, while the famous dome was built only in 1897, during the last enlargement works.

The work was carried out by the people of the region, including the Héroux de Yamachiche brothers, artisans from Trois-Rivières. Inside the chapel, the fresco of the dome was painted by Luigi Capello, an Italian painter of the nineteenth century. His apprentice was the Québec artist Ozias Leduc, who during his career decorated more than 30 churches and chapels in Québec. Inside the chapel, one can see the removable wall that separated the cloistered sisters from the rest of the other people present for the mass. Even when the priest was alone, the wall was up. Every day, a mass for the nuns still living in this establishment takes place there. During the weekends, the public is invited to the celebration. 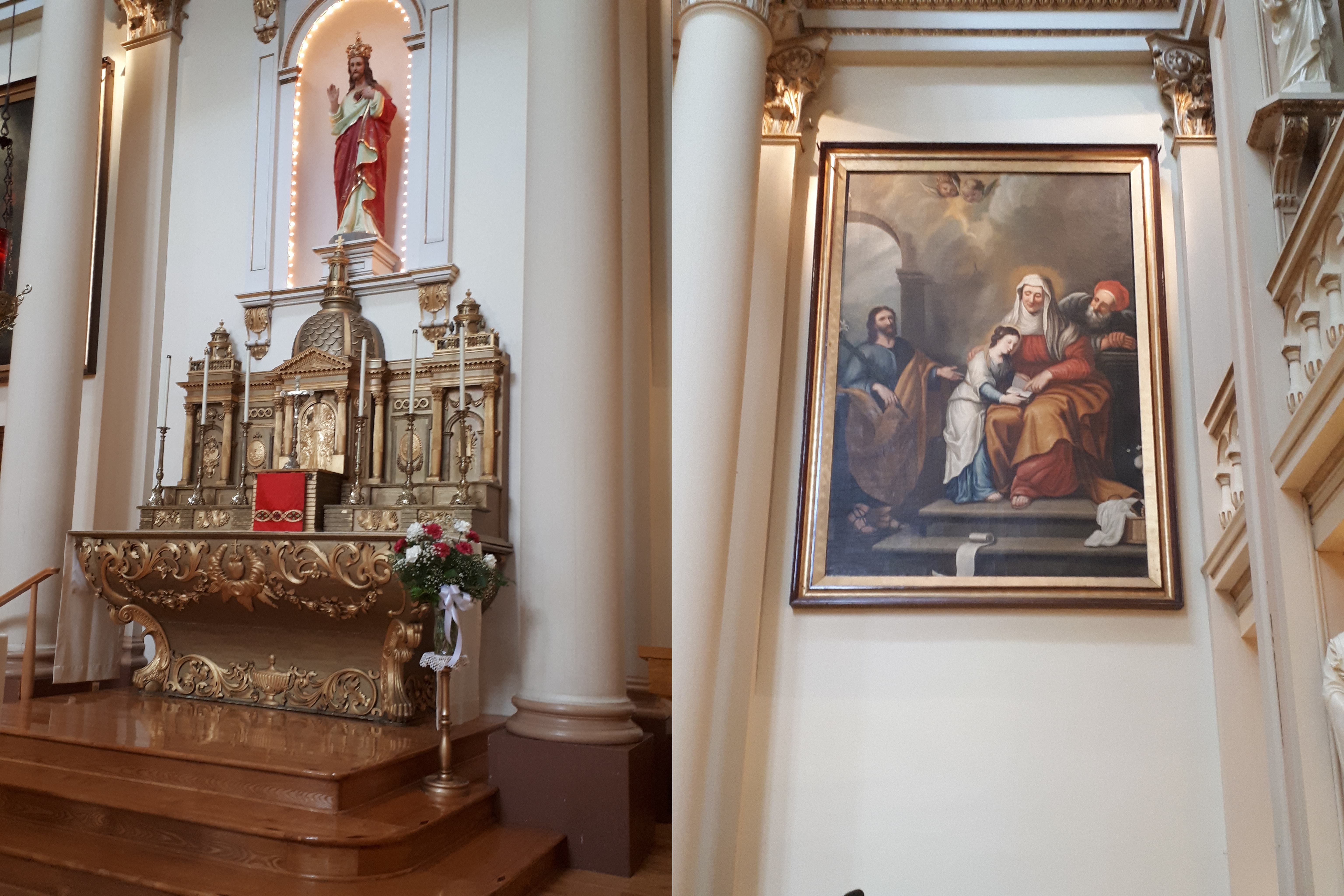 In front of the Ursuline Monastery is one of the two Ursuline gardens. It was not used by the nuns because they were cloistered. In the late 1970s, the site was used as a community garden and was later transformed into a public park in 1986. On beautiful summer days, you can rest and enjoy the view of the St. Lawrence River. In this park, you will see the commemorative plaque of the tercentenary of the arrival of the Ursulines in Trois-Rivières. The other garden is located at the back of the monastery. It served to feed the Ursuline community. They also cultivated flowers that were used during certain religious festivals and special occasions. 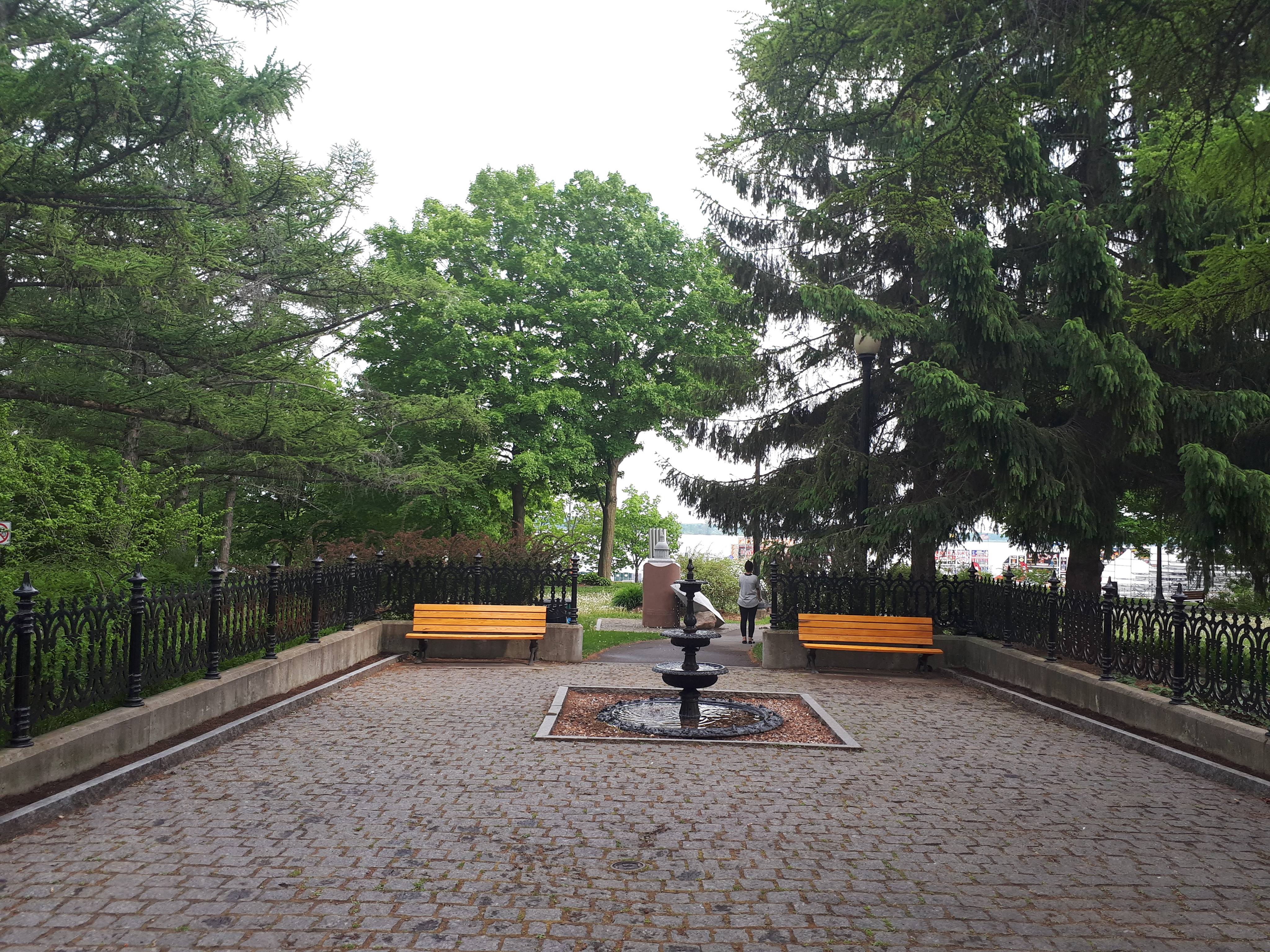 A novelty awaits the visitors this year: a 3D modeling of the grounds will be available at the end of June to better understand, by means of visual reconstructions, what were the buildings of yesteryear like the buildings which disappeared over the years. Among others, the current monastery, the inner courtyard of the monastery and the buildings of the Marie-de-l'Incarnation College will be included.